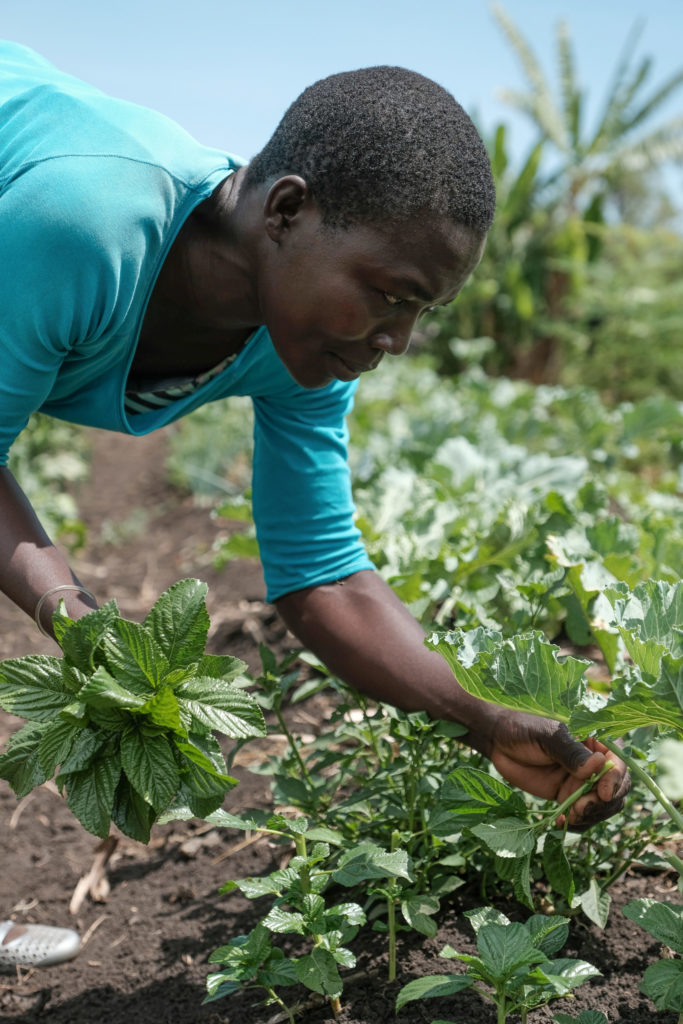 Changing climates and an increase in crop pests and disease such as the farm armyworm and locusts have left even the most established Kenyan farmers incredibly vulnerable.

Because of the dense rural population, much of this region has experienced harmful deforestation, which has contributed to the degradation of soils and increased unsustainable crop production such as sugarcane and tea. This kind of farming not only threatens the ecological systems in the region but leaves already vulnerable farmers even more vulnerable long term.

DIG is working to restore the growing conditions and move farmers back to more healthy diverse crops that can both feed their families while also adding to their income. 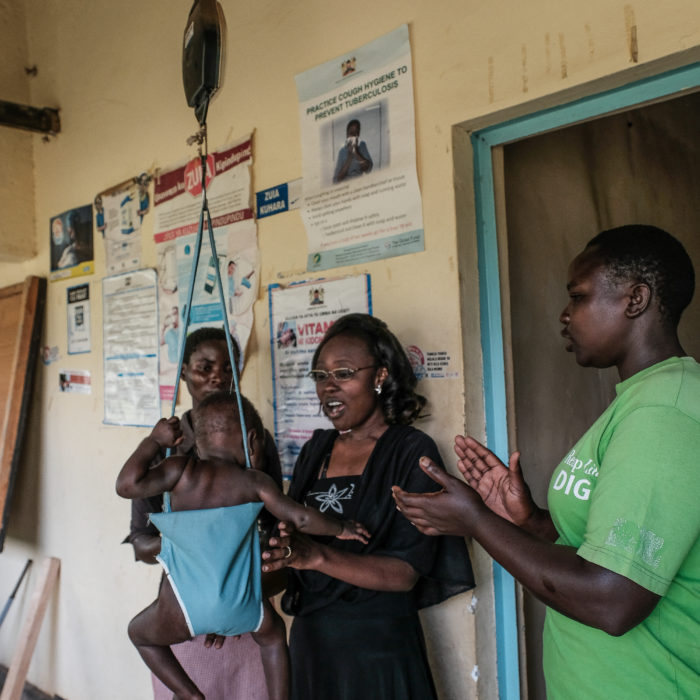 DIG started working in Kenya in 2009 through partnerships with a Mothers2Mothers clinic, and the Raila Secondary School in the Kibera slum.  In 2012 we shifted our presence to western Kenya, where the HIV rate (24%) is six times greater than the national rate of 4.5%. Additionally, the infant and under-five mortality rates are disproportionately higher than the rest of the country. Gender discrimination is widely practiced and the overall population relies predominantly on agriculture for their food security. These farmers are some of the most vulnerable to the negative effects of climate change and few grow nutrient-dense crops. For these reasons, DIG felt we could make a significant impact with a variety of uniquely vulnerable communities represented in the region.

“Thanks to DIG’s seed support program and my farmer field school training, my home garden is flourishing. My family has enough nutritious food to eat, and I have been able to pay school fees for my three children in secondary school. I was able to fully raise that money from the sale of my green peppers. I am so grateful, because this would not have been possible without DIG’s support and the training I received.”  ~ Pamela Ochuodho, DIG farmer

Olivia started with DIG in 2013 with a vision for adapting and expanding our programs in Western Kenya. Her expertise is in sustainable agriculture, environmental management, community based agribusiness, gender equity, and monitoring and evaluation. Olivia has brought immeasurable benefits to both the organization and our farmers in the region. She has a Bachelor of science in agriculture and a Masters in project planning and management. She is married and the mother of 2 exceptional boys who are proud to see their mother leading other women towards improved health and empowerment through nutrition sensitive agriculture.

In 2012 Sarah graduated from DIG’s program in Lwala. She became a DIG facilitator in 2013 and has since gained additional training in permaculture and ecological land use. Sarah excels as a lead facilitator for our nutrition sensitive Farmer Field Schools program.

In 2012, after graduating from DIG’s Farmer Field School program in Lwala, Vincent became a facilitator. He leads our market and value addition programs. Vincent has shown success working with young mothers on nutrition sensitive agriculture and cooking for their families. As the only male lead on our Kenya team and father to a young daughter, Vincent has become a champion of women’s empowerment both personally and professionally.

Celine completed an internship in early 2021 as a data collection assistant for DIG’s Impact Studies. After learning more about DIG’s work in the community, Celine became interested in pursuing a career with DIG. After graduating with a Bachelor of Science in Crop Science and Management from Eldoret University, Celine joined DIG full-time as a facilitator. She is excited to bring her expertise in agriculture and passion for mentoring others to the field and to the office.

Millicent graduated from DIG’s Farmer Field School in 2017. With skills learned through her training, she cultivated a large and diverse farm. Her neighbors regularly visit to learn from her and buy vegetables. Millicent joined DIG as a Mentor Mother in 2018 and has worked with over 50 families. She also routinely monitors 20 previously trained farmer groups following their long-term success and challenges.

Monica graduated from DIG’s Farmer Field School in 2017. She and her group facilitator, Sarah Obonyo, developed a special bond as Monica would reliably assist Sarah with additional field work and distributing DIG’s seed input support program to her group. Monica was brought on as a Mentor Mother and works closely with households whose children have been diagnosed by the hospital as malnourished. Since 2018 Monica has mentored over 100 children in the Homa Bay region.

News from the Field: Kenya 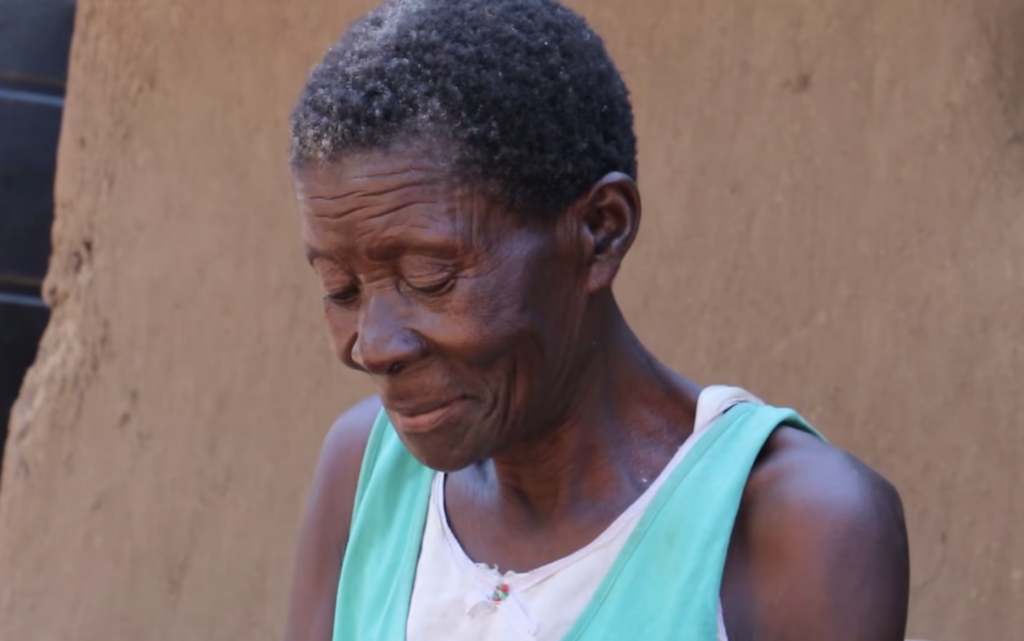 The Seed Savers of Kenya

The work of local seed savers is critical not only for their own household benefit but also for the benefit of their broader communities and the long-term survival of their local plants. These women, all DIG graduates, have become known as expert seed-savers are are a critical link in ensuring their food systems remain resilient and biodiverse. 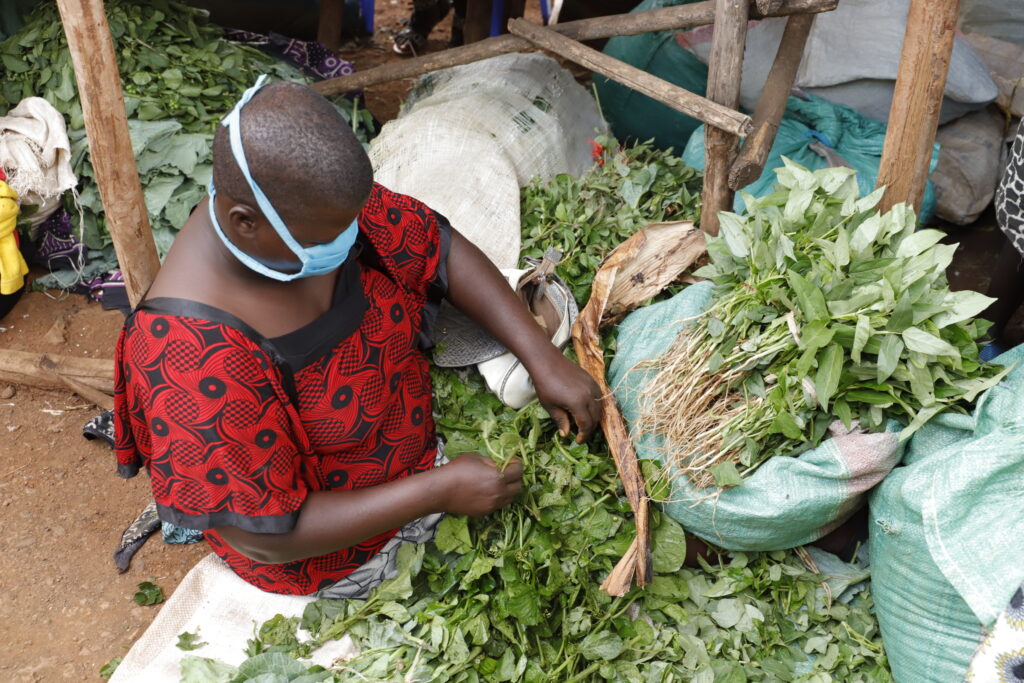 Eunice Anyango is a 37 year old mother of six. She credits her success to the knowledge she received from DIG. Her garden income has enabled Eunice to better feed her family and invest in poles and iron sheets to improve her house. 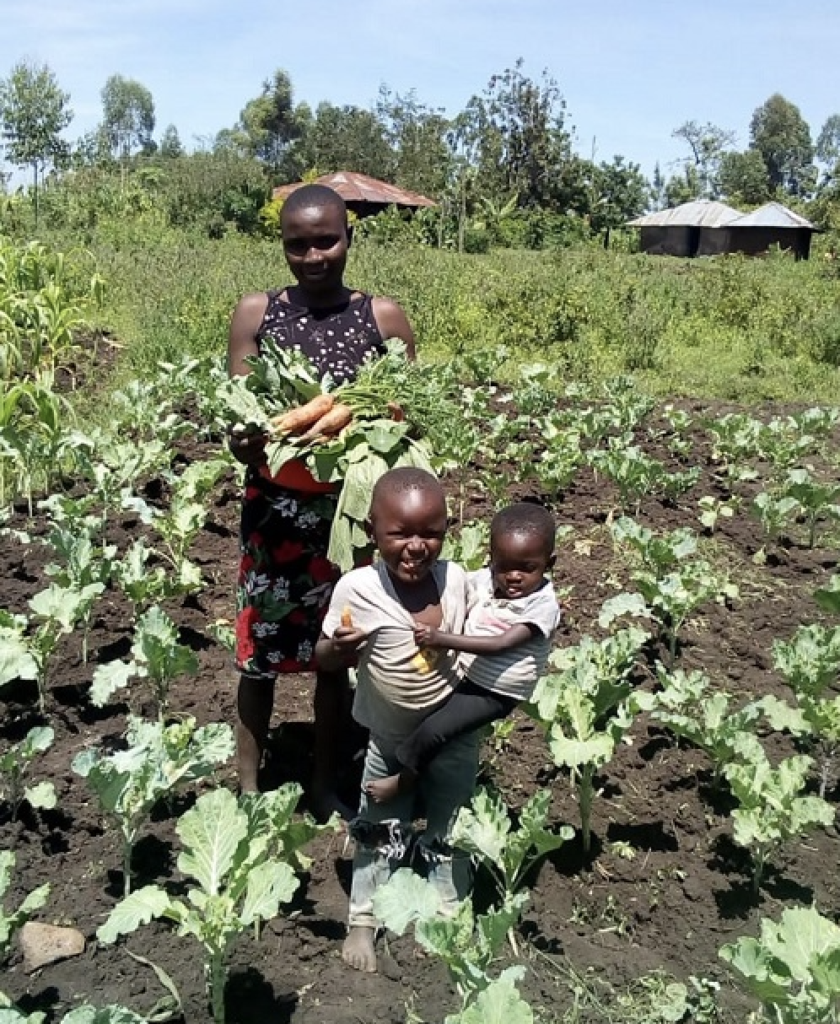 When a Garden is Lifesaving

At 31 months old, Hannington was diagnosed with severe malnutrition. Learn how DIG worked with Diana, Hannington's mother, and the local hospital to help Hannington recover. 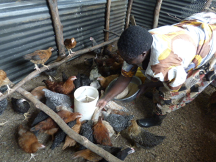 “My chicks feed my farm, my farm feeds my family.” Hatching a Farm Business in Western Kenya

Lona Abok, a 53-year old grandmother from western Kenya, had exclusively planted maize and beans to feed her family and never gave much attention to growing vegetables. To help her daughter realize her dream of going to college, Lona has been supporting her five grandchildren. After hearing about the DIG program, and the opportunity to earn extra income, Lona got involved. She planted a small vegetable garden near her home, and graduated from DIG’s Farmer Field School program equipped with 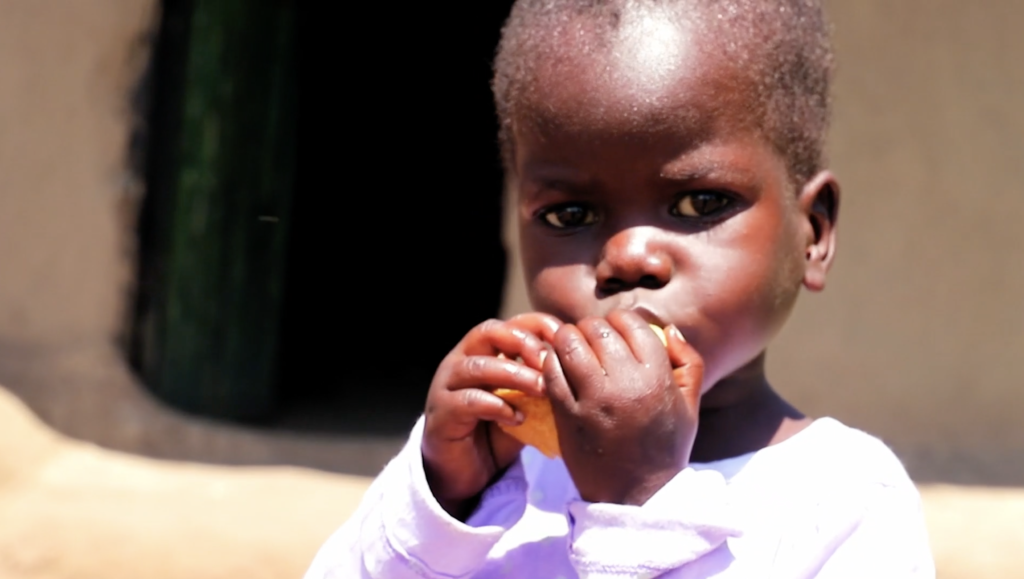 DIG's Priority Household program works specifically with children under 5 who have been diagnosed as malnourished. Watch how DIG works with families to create gardens that ensure their children grow and thrive. 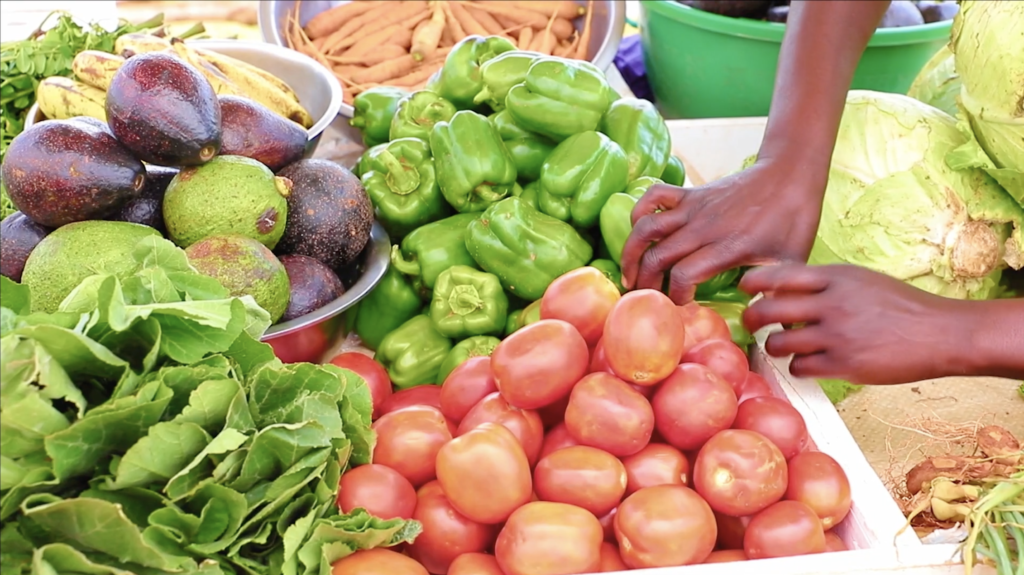 Growing a Pathway to Market in Kenya

DIGs adaptive programs meet farmers where they are. Listen to Rose Odoyo's story of how DIG helped her develop an organic vegetable business that would not only provide her with a steady income, but would enable her to feed her family and the broader community. 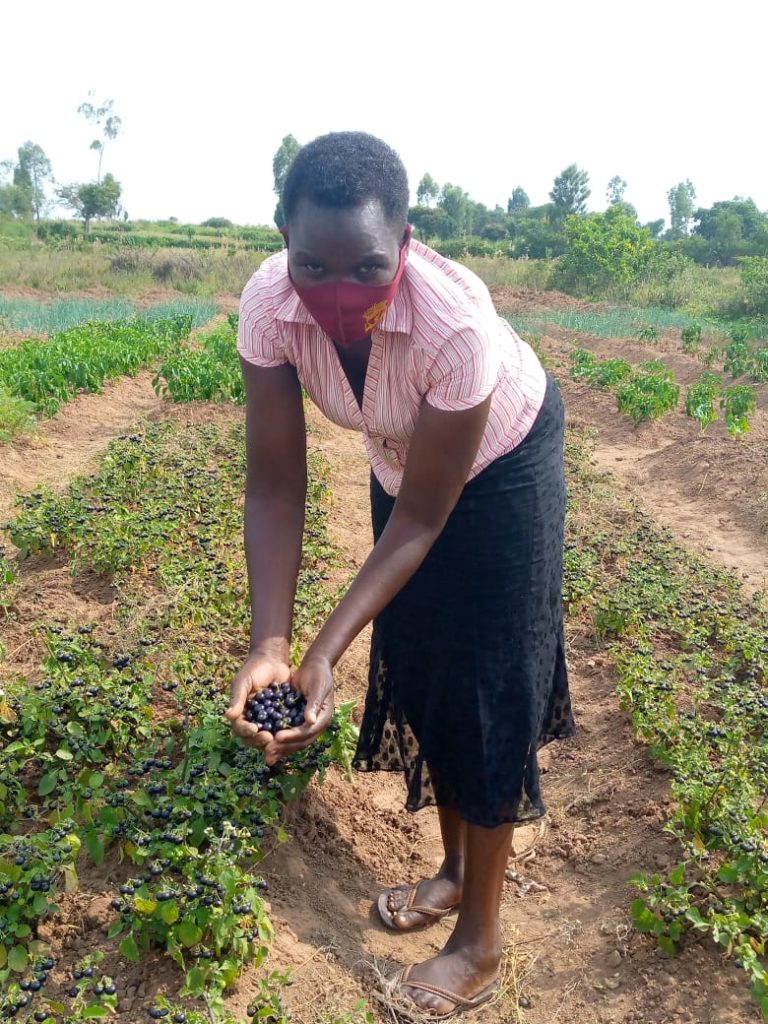 In the countries where we work, you’re more likely to hear about the DIG program from our graduated farmers than through fancy signs or posted advertisements. Our local reputation is critically important to the success of our work, which is designed to be approachable and community driven. Some of our most successful garden groups have joined DIG through friend recommendations, and that’s just what happened in Sapla Kenya. Lorna, the sister to one of our graduated farmers, was so interested 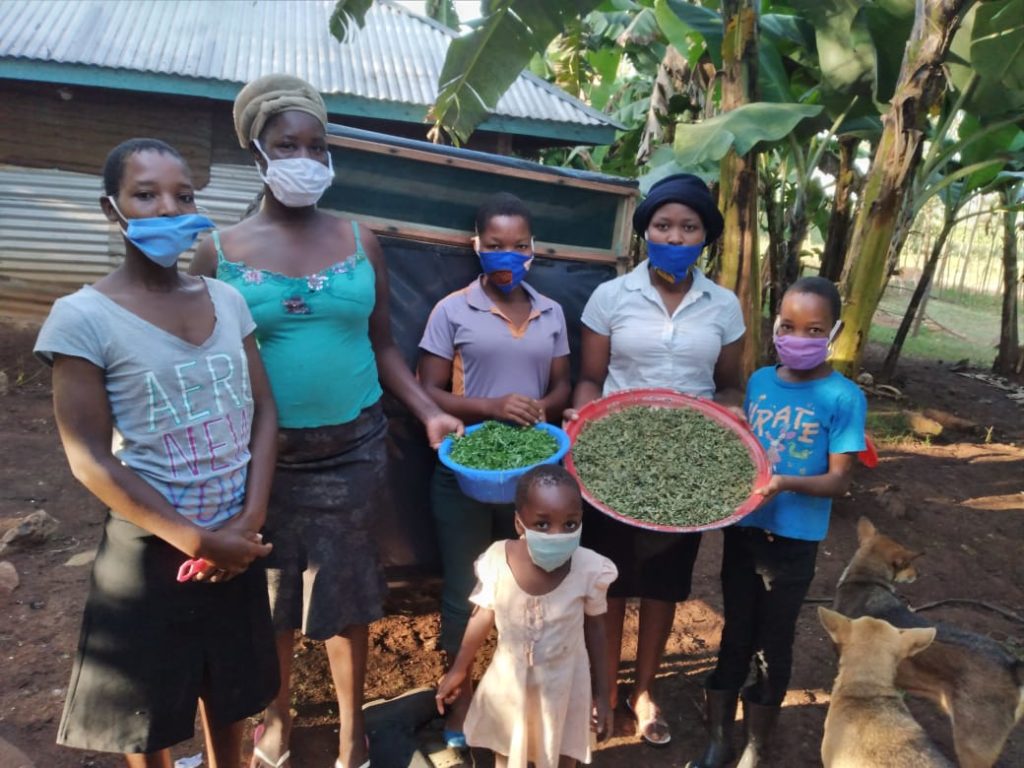 The immediate effects of COVID-19 on food security and nutrition in Kenya cannot be under estimated. The restrictions in movement, closure of hotels and schools which act as a market for many farmers, and lack of supply for farm inputs pose a critical challenge to almost every farmer. The effect is much more devastating to low income households and communities that already face serious challenges such as HIV, drought or flooding and poor access to essential services. DIG’s program that 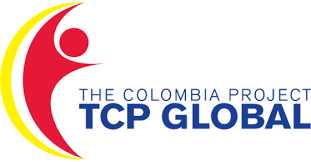 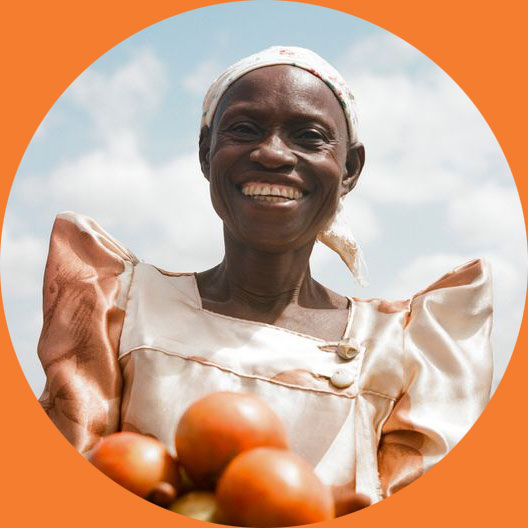 With your support we can grow our capacity to equip uniquely vulnerable families with the skills and experience to meet their own needs and improve their well-being through gardening.