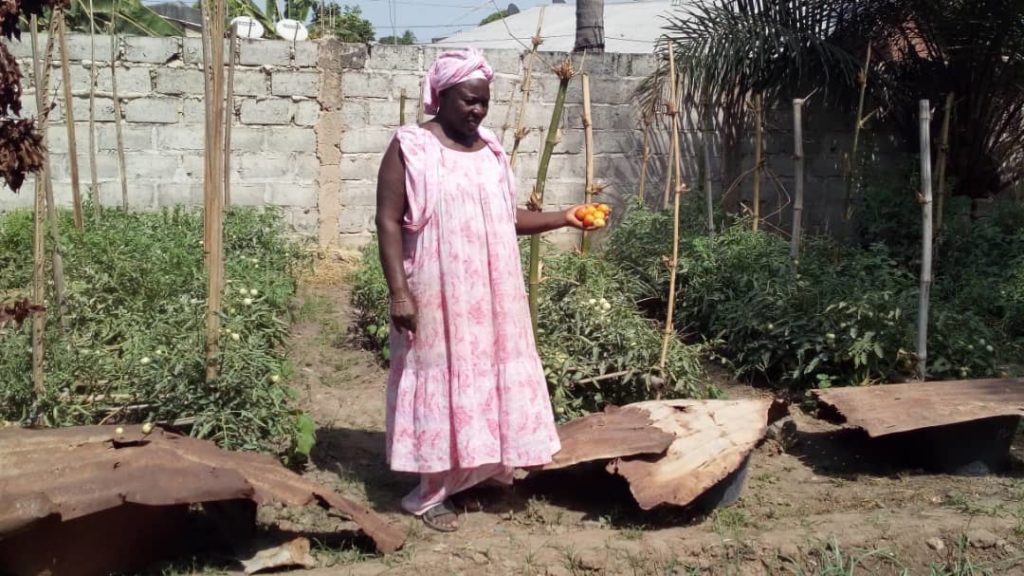 While it’s blessed with beautiful coastal beaches and a vibrant port of trade, Ziguinchor, the 5th largest city in Senegal, has some of the highest levels of poverty, chronic malnutrition and food-insecurity in all of the country.

In Ziguinchor, DIG prioritizes people living with HIV (PLWHA), 90% of whom are food insecure. This means they are more likely to miss their doctors appointments and not take their antiretroviral therapy due to hunger. On top of that, malnutrition lowers CD4 cell counts in PLWHA, which contributes to poorer health outcomes, less productivity, and overall negative impacts on families and the broader community.*

Two years into the program, DIG has become known for supplying local markets with diverse produce. Restaurants seek out our farmers to supply them with hard-to-find vegetables, and we’re seeing buyers come as far as Guinea-Bissau and the Gambia to purchase choice produce. What’s more, our farmers – some of the most nutritionally vulnerable in the country – are now solving their own food security and nutrition challenges.

Cecile Coly is part of a DIG Women’s Group that has become known for its wildly diverse produce. Their garden earns their co-operative a good, steady income. Two of Cecile’s favorite crops, artemisia and beets are both highly nutritious and were once hard to find locally.

Originally, Cecile’s husband, Ferdinand, didn’t do much to support her efforts. But when Cecile started regularly bringing home money from her group garden sales he got more interested.

Learning from Cecile, they developed a beautiful home garden that now earns them roughly $120 a week. The garden has become a good business for them and Ferdinand is letting Cecile take the lead.

They even harvested a 3.5lb beet that fetched a nice price from a local restaurant!