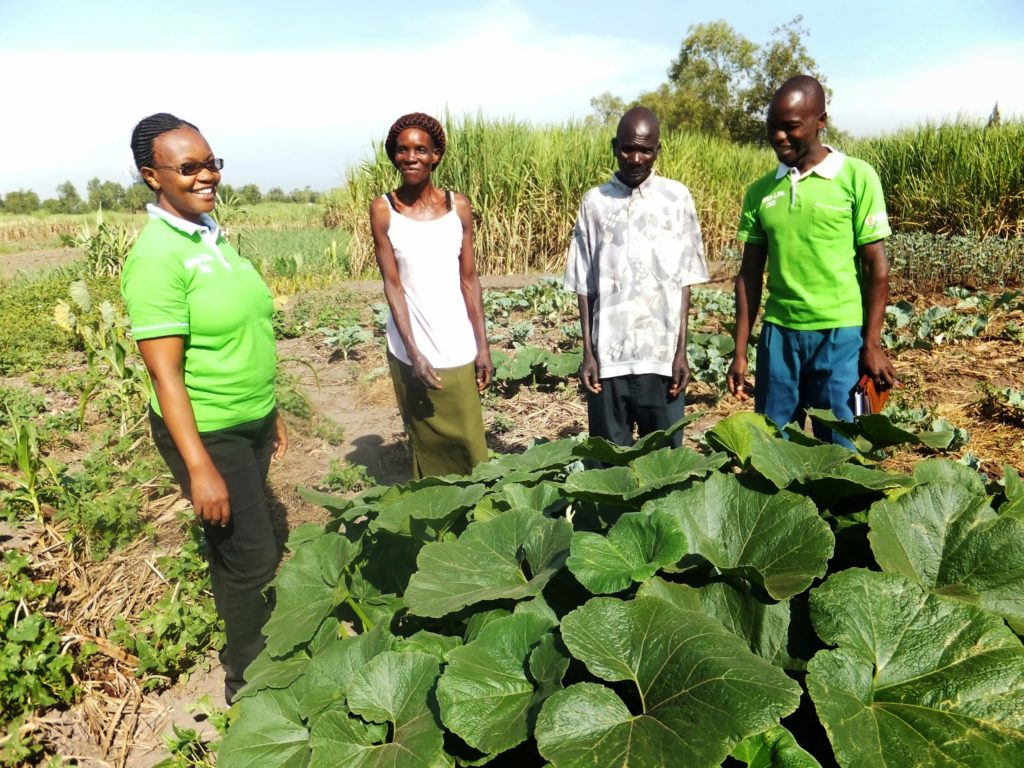 Joseph and Rugina Abok have an uphill struggle to make ends meet. Both are living with HIV, which in Rongo district, Western Kenya, has a 16-20% prevalence rate, well above the national average of 12%. Of their five children, four are now married and off their hands, but their youngest son, Meshak, 14-years-old is still in primary school. His future is what concerns them most.

Being open about HIV is still difficult because of the stigma associated with the disease in their community.  Joseph and Rugina Abok are members of People Living Positively, a support group in Rongo District formed by a local organization, Youth and Children Rural Empowerment Network (YACREN).  Development in Gardening (DIG), developed a partnership with YACREN to assist the HIV support groups through training in sustainable agriculture.

‘When we were first diagnosed as HIV positive at the hospital,’ says Joseph, ‘we were told to improve our diet – but had no way to do it. Then DIG came and taught us how to plant vegetables and fruit in a more sustainable way using natural pesticides and manures. This has been really helpful in boosting our immune systems.’ Rugina agrees. ‘Now I have the vitamins!’ she says, using a local ‘feel good’ expression. ‘I suffer from fewer diseases – the new vegetables have added to my strength. Before, I could not afford to eat more than once a day. Now I have money, and I never need to buy vegetables from the market. Instead, people are coming here to buy them from us!’

It has come as a revelation to Joseph Abok that vegetables are far more profitable than the maize and sugar he is used to farming on his 2½ acre plot. DIG’s training has literally opened his eyes to new possibilities. ‘I never used to plant vegetables, I never thought they might bring in money,’ he says. In this part of the world, the kitchen garden was always seen as a woman’s domestic task and not a source of income. ‘Crops such as carrots, beetroot, capsicum and papaya are entirely new to me.’   In the last month, they made more than KSh.9,000 ($100) from regular orders and ‘farm gate’ sales. This has transformed the Aboks’ household economy. Joseph has bought a cow, and their profits include the surplus milk which they also sell. His next target is to buy an ox and plough and be able to expand the area they plant. The whole venture has given them a new lease of life and upped Meshak’s likelihood of finishing primary school. Their outlook is much more hopeful.

Similarly, Florence Anyango, another member of People living Positively, featured on Kenyan TV (NTV), has been eating better and making a living from her garden by applying the skills she learned from DIG.  She has purchased three dairy cows and is now earning enough from her small plot of land to support her family.  Thanks to the four-month DIG training, HIV positive individuals such as Florence, Joseph and Rugina –who would typically be isolated and even excluded from society because of HIV stigma – can become agents of change in their community.

These three and hundreds of other individuals throughout East Africa have now become trainers, established new livelihoods, and are practicing sustainable agriculture: replenishing soil, improving biodiversity and increasing local production.  This is truly a multi-disciplinary approach to development from the ground up!